Just like in real life, the facial expressions of characters in manga and anime are essential for understanding emotion and communicating nonverbally. Everything from the size and shape of the eyes, to the way the mouth rests can say a lot about how a character is feeling or what they’re thinking.

For this guide, we’ll be going over some common emotions and how best to portray them in your drawings. Using images as references (or even looking at yourself in the mirror) will be extremely beneficial to get you started. 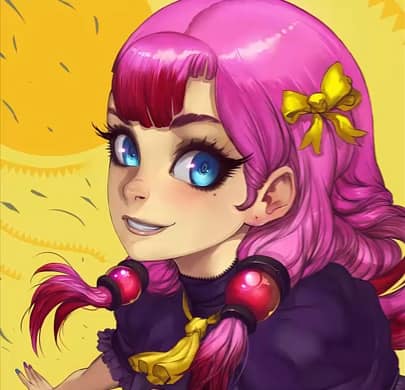 Expressing happiness in your manga character is one of the easier emotions to work with and there are several different way to draw it.

Let’s start with the eyes – generally, when a character is happy, their eyes get excessively large with a bit of glare and their brows arch high.

* Refer to the “Drawing Manga Eyes” tutorial for a refresher on eye basics. (Or here for a complete guide to drawing manga)

When a character is very excited, their eyes are often drawn closed. To get this effect, all you need to do is draw a thin line arching either upward and add a few lashes and wrinkles for detail. For female characters, some blushing lines under the eyes can be added as well.

For the mouth, you can either draw it open wide to show excitement, or closed with a small smile to express general happiness and satisfaction. Not much details goes into a closed mouth, but when it’s open you will want to expose some of the top teeth as well as the tongue and add a bit of shading under the bottom lip. 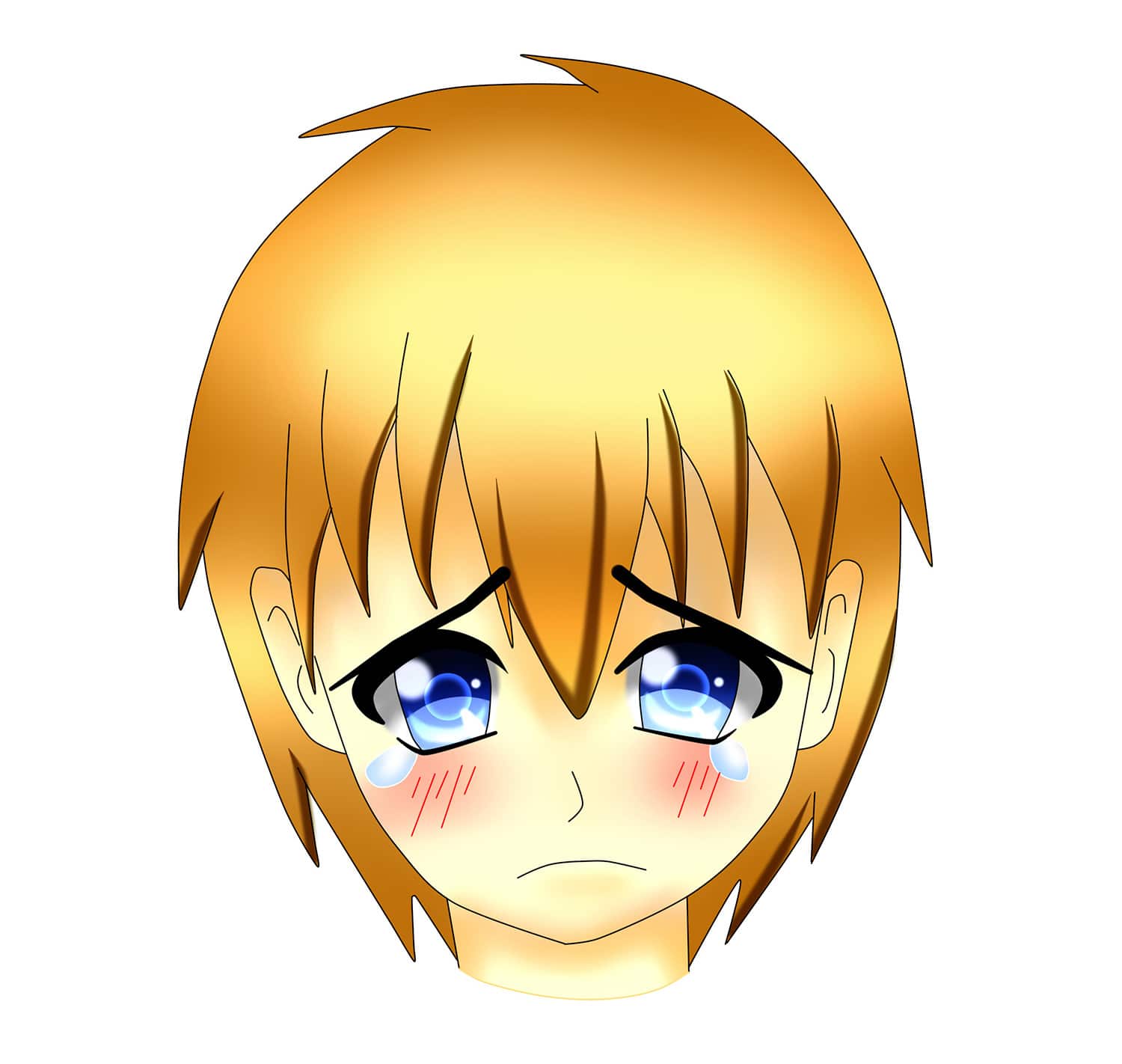 Another very common emotion, and one that’s fairly simple to draw, is sadness. To express this, draw the eyes much more narrow than they normally would be, with the eyebrows curving downward.

By adding aggressive shading under the brows, you can really invoke a feeling of depression in the character. If you want to go one step further, add some tears on the bottom eyelids.

For the mouth, you can again draw it open or closed, but this time it will be arching downward. If you decide to go with an open mouth, you won’t have to draw any teeth; you just need a small, frown, open just enough to see a bit of the tongue.

If you’re a fan of action manga and anime, you should be familiar with seeing characters who are angry. Anger is one of the most detail oriented expressions to draw, and you can really experiment with different shapes and lines. 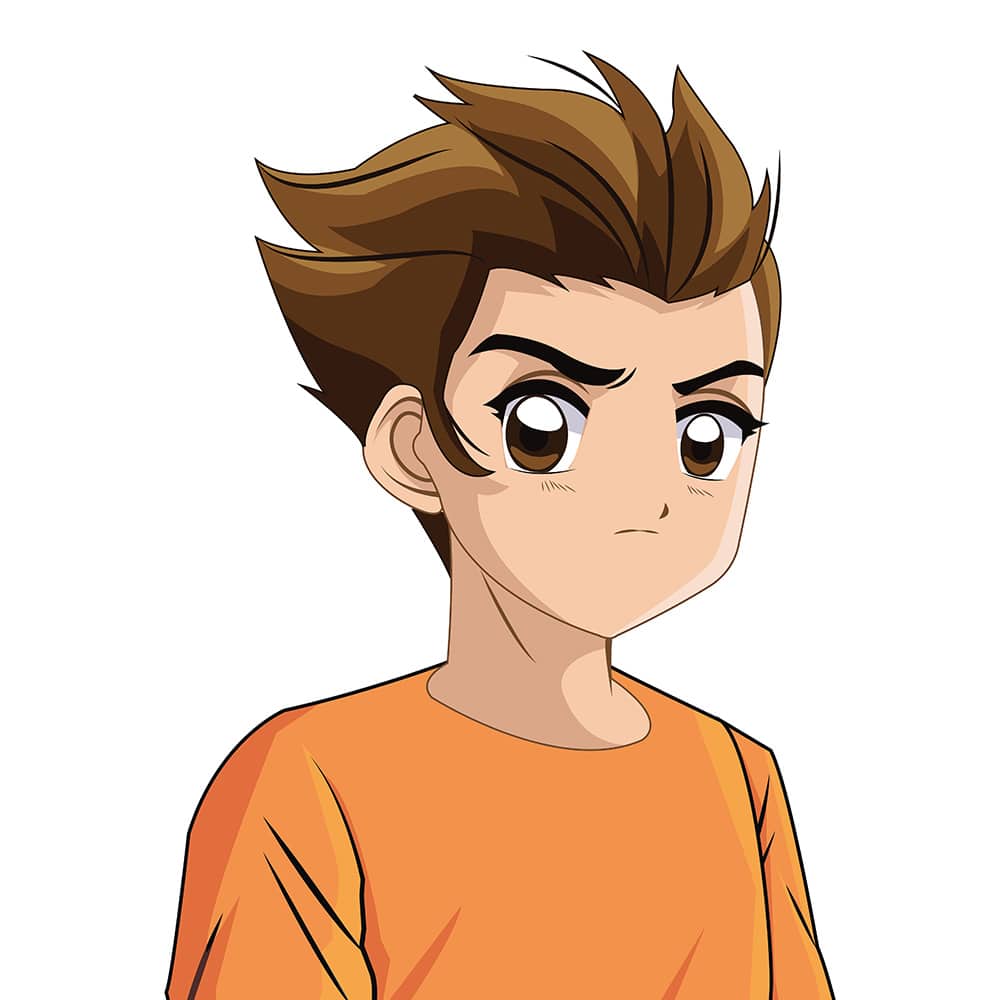 Starting with the eyes - you’ll want them to be a lot more pointed and narrow than usual. Use harsh lines, large pupils, and dark shadows to make it seem like the eyes are sunken. It’s also alright to go a little crazy with wrinkles for this expression.

You can have a lot of fun with the mouth as well. Is your character so angry, they’re yelling? Or are they holding back with a bitter scowl on their face.

Let’s go with yelling for this guide.

Start with a large, rectangular shape with rounded corners. The top lip area should curve upward, while the bottom lip (slightly longer than the top) remains straight. You’ll want to show both the top and bottom teeth, as well as the tongue, and add a lot of shading under the bottom lip.

You can be creative on how large the mouth should be, how many teeth are showing, and the amount of shadow you use. Similar to how you drew sadness, you’ll want features to arch downward and be mainly dark.

Portraying surprise in a manga character is pretty similar to happiness - They’ll typically have large, exaggerated eyes and a small mouth. The main difference being the amount of detail you add. 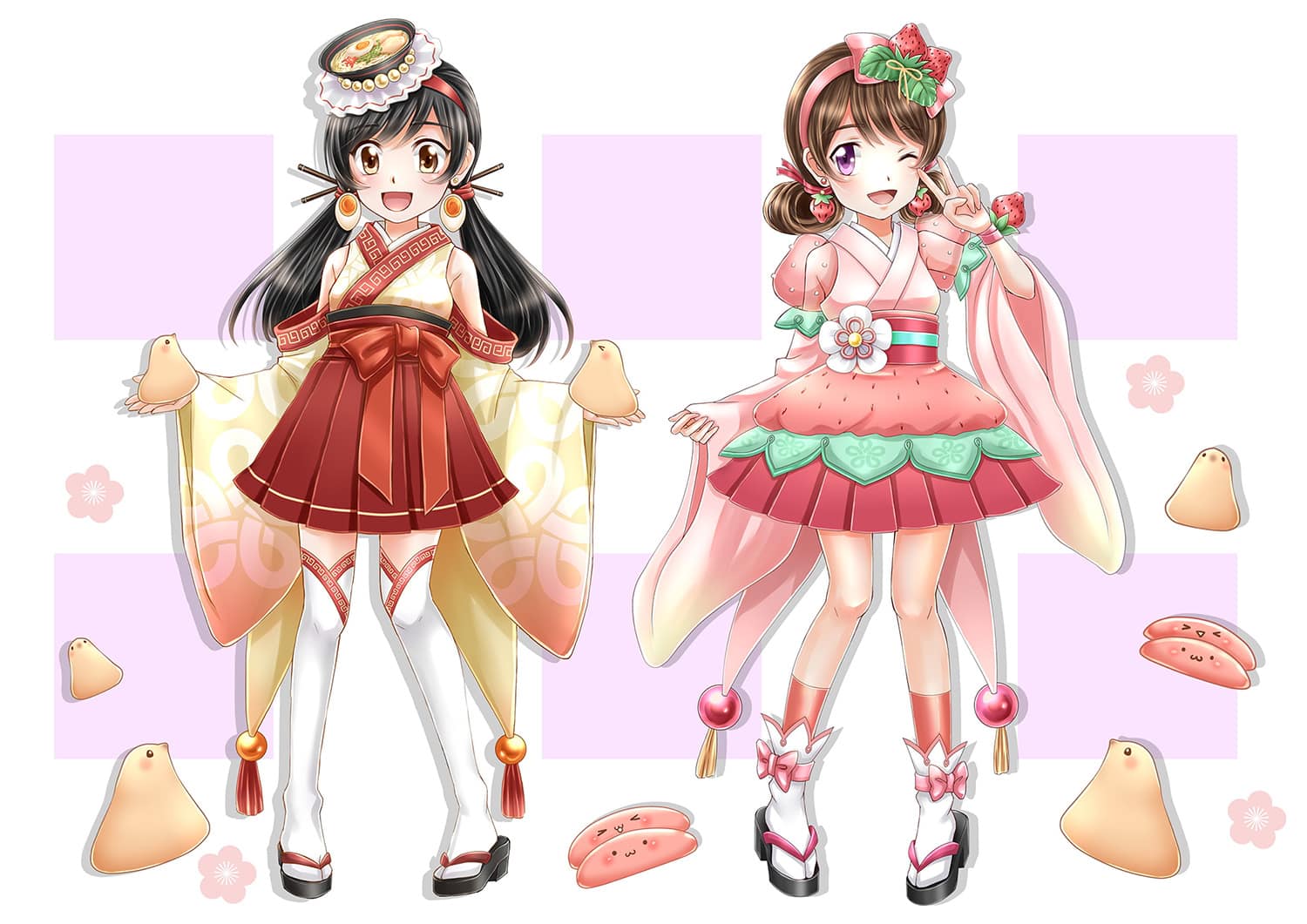 The pupils should be drawn very small, while the white of the eyes very large and round. Add a lot of tiny lines around the pupils and outside of the lids to make it seem like the person is shaking a bit.

For the eyebrows, you’ll want to make them very dramatic. From the inside of the face, they should swoop down towards the top lids, then follow the arch of the eye in a sort of “S” shape.

The mouth can either be drawn extremely large to show excitement, or small and curved to express disbelief. For a large, excited look, you can mimic the mouth you drew for happiness, but exaggerate the size even more. For a smaller mouth, you’ll want to draw a frown, open just enough to see the tongue. Add extra lines and bottom lip shading to add to the dramatics.

The way you draw expressions should be characteristic of your own style. For practice, try copying some drawings from your favorite manga artists. Once you feel comfortable mimicking someone else’s style, you can adapt those techniques to your own.

Remember – you’ll only get better with time, so keep practicing and having fun.